Tech Track 100 Reveals Cause of Demand for Central London Offices

Central London businesses dominated the latest Tech Track 100 list, accounting for forty-two of the top 100 places. Of these, twenty-one were new entrants to the list, indicating the fast-moving nature of the London tech scene and the take up of Central London offices.

And while the media buzz might be around Tech City, the results show that high-growth tech companies can be found right across London – providing insight into how widespread and diverse the London tech scene really is.

Just over half of the Central London Tech Track companies are based within the City. Of these, fourteen can be found on the City Fringe – no real surprise, given the area’s strong and much-hyped tech scene.

Shoreditch and Clerkenwell were particularly popular areas for high-growth businesses. Moo, MOFILM and Mind Candy – whose Central London offices are just a stone’s throw from Google co-working hub Campus London – are all based in Shoreditch. Meanwhile, Clerkenwell businesses making the list include We Are Social, Infectious Media, Ayima and Audio Network.

The London Bridge area in SE1 also performed well, bringing in five Tech Track companies including the two highest ranking London companies:  MobileWebAdz (5) and new entrant Zoopla (6). With media company requirements predicted to double the take up of Central London offices in the area this year, it’s likely that SE1 will be an even more popular address on next year’s Tech Track list.

In more traditional core City locations, Mimecast in Moorgate and Mansion House Consulting at the heart of EC3 also ranked. 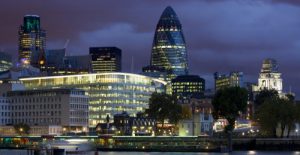 Shoreditch might have become synonymous with tech, but the West End’s strong media scene has provided the ideal location for many tech-based media companies. This was evident in the league tables, with one third of the Central London companies ranked being based in the West End.

Soho led the way, largely thanks to its well-established media scene. Digital marketing agency Essence, advertising technologists InSkin Media, and digital effects software developer The Foundry were among the Soho-based businesses which made the list.

To the north of Oxford Street, Noho also performed well, with The BIO Agency, Maxymiser and eCommera ranked within the top 100. Marylebone-based Wonga.com also made the list. 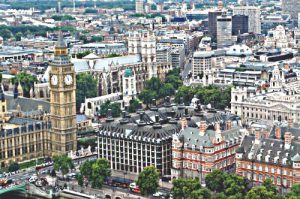 Midtown might be lagging behind when it comes to fastest growing tech companies but that’s not likely to worry  developers of Central London offices and council planners working in the area. Four top tech companies is a reasonable number for an area which is a quarter of the size of the West End and the City.

Moreover, Midtown is fast becoming a popular location for well-established tech companies – particularly those with requirements for large Central London offices. Google and Amazon are among the latest tech companies making plans to bring their London HQs to the area. 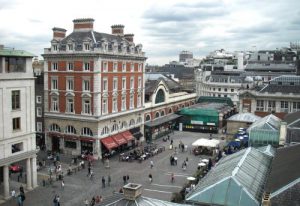 Is it time to look beyond Shoreditch for tech-orientated Central London offices? Or are key tech hubs still the way to go for establishing a successful tech company?