‘Hideous’ London Office Design – When Critics Get It Wrong

When BD awarded their infamous carbuncle cup to the Nova Building’s London office design last month, discussion was sparked within the LO office. Almost unanimously, being quite possessive over London buildings, the team resolved that the critics are wrong.

The structure in question, Victoria’s Nova building, is in our opinion an admirable piece of architecture. This then led us to thinking about controversial structures across the world that since their formation have proven critics wrong.

Some of the most iconic structures within skylines across the globe faced criticism when first erected deemed ugly and intruding. However, so many have now become iconic works of art loved by tourists everywhere. Then why is there so much negativity?

Perhaps looking back at these iconic, previously ridiculed buildings may shed some light on it.

Possibly the most famous piece of architecture in France and one of the most photographed structures also; the Eifel Tower is a major attraction and an important part of Paris’ beauty. However, it wasn’t always so admired. Once named a “this truly tragic street lamp” by Léon Bloy and a “mast of iron gymnasium apparatus, incomplete, confused and deformed” by François Coppée, it was an outrage to the artists of Paris during its early construction from 1886. 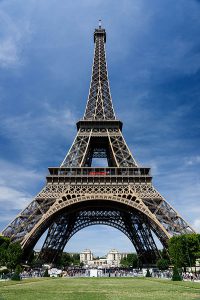 Unfortunately for the designers of this building, its rounded glass exterior proved to be catastrophic when first erected. During a particularly hot summers day sunrays reflecting off the building actually melted a jaguar parked on the street below. This led to the remodelling of the beautiful bulbous structure, which today attracts people to dine, work and admire the city below. 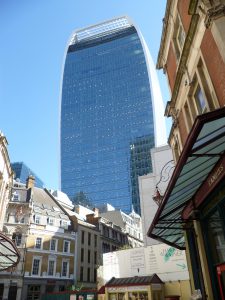 Controversial for more than just its design, the 2022 World Cup Stadium in Qatar has certainly caused a bit of a stir. However, at Londonoffices we think this is another great design. The stadium is sleek and powerful.

Constructed with a modular second tier, where the main material used will be engineered timber, Zaha Hadid plan to dismantle this material and ship it to various developing countries after the word cup; another reason to admire this piece of architecture.

Upon first construction the Louvre pyramid, named ‘the scar on the face of Paris’ was very unpopular. However, in 2012 the magnificent glass structure was the world’s most visited museum receiving 9.7 million guests throughout that year. Sitting amongst elegant, classical Parisian architecture, this modern masterpiece has successfully converted the art world offering a brilliant amalgamation of old and new. 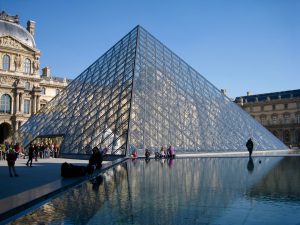 A child releasing a bird inspired this piece of architecture, originally expected to be on a much smaller scale. Being on a site associated with the 9/11 attacks it was questioned whether this large piece of architecture was appropriate. However, the beautiful structure now attracts many visitors to the area where people from across the world stop to remember. 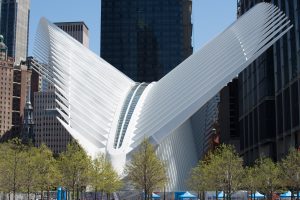 Whether it is a fear of something new and daring, whether people may think our already beautiful yet crowded cities do not need more over bearing architecture, or whether people simply have to learn to love grand designs such as these, we’re not sure. All we do know is that sometimes, as with the examples above, the critics get it wrong.