On a London Office Search? The Smart Choice for Ambitious Businesses

Digital technology means that budding entrepreneurs have more freedom than ever over their London office search and finding the perfect base for their startup business. Before settling on a location, take a look at why London remains the smart choice for businesses serious about success.

One of the advantages for any London-based business is the wealth of other businesses within the area.

Understandably enough, with so much choice on the doorstep, from management consulting to financial services and creative agencies, London-based businesses often tend not to look further afield. When setting up a B2B company, that London office search could make the difference between getting big clients, and not.

Digital startup Jeanography is one example of a tech company which has chosen to locate outside the capital. But while Jeanography HQ might be based in Leeds, their web developer still works in London.

Why? Probably because London still attracts the largest numbers of qualified, experienced professionals in most fields offering employers some excellent talents. This is particularly the case for new media and tech industries, financial services, and many other specialist roles. For companies looking to recruit talented individuals in these areas, going through the London office search to find a base in the capital is a distinct advantage.

Consider the example of Tech City: the Shoreditch startup scene has gained serious media coverage over the last few years. Not a week goes by without one of the major newspapers running an article about it; while social media platforms such as Twitter are equally abuzz. 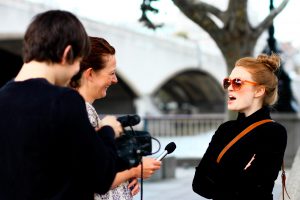 Tech and startup hubs outside London simply don’t attract this level of interest. Proximity to the UK’s main media scene and a base in one of the most famous cities in the world both help to create increased media opportunities for businesses who commit to the London office search and set up in the capital.

Meanwhile, businesses based outside the capital can expect to work much harder to win the same level of media attention.

London is still the major driving force when it comes to the UK economy. This is why Government is keen to ensure that businesses continue to focus their London office search in their districts.

The recent relaxation of office-to-residential conversion rules are a case in point. Many business districts within Central London including the City, Tech City, Southwark, Westminster, Camden and Kensington & Chelsea secured exemptions to the ruling, which would have made it much easier for developers to turn office space into residential properties making the London office search even more challenging. 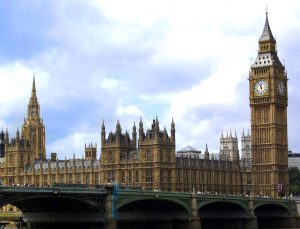 By contrast, outside the capital, Manchester was the only city to receive any form of protection from the new rules.

While many budding entrepreneurs like the idea of starting up in the capital, many also have the same concern: price. It’s important to point out that affordable space is available when carrying out London office searches in the right locations.

Compared with traditional business locations such as Mayfair and Soho, Tech City offers dedicated startup space to rent for half or even a third of the price. Other locations such as London Bridge and the Docklands offer still more affordable office space options, typically just a short commute into the heart of Central London.

There’s also the option to take co-working space until you’re ready for a dedicated office space of your own.

Whatever your chosen location, there is always the chance to negotiate. You could try this yourself but there are office space experts out there who are able to negotiate on your behalf to get the best terms possible for the space. Start your London office search by speaking to one of them.

LondonOffices.com offers a free office search service to help businesses of all shapes and sizes find their perfect space. Call us today to start your search.