Drivers Jonas Deloitte survey shows that the regularity of office developments in London has increased. The rate of construction and refurbishment has increased despite the weak economy and reports of a London office space shortage.

A new survey shows that there has been a rise in the amount of office space under construction in London even though the economic turmoil could cause less demand.

According to the Drivers Jonas Deloitte Crane Survey the rate of office developments in the capital has increased by 12% over the last six months compared to the previous six and has more than doubled year-on-year rising from 2.7 to 7.2 million sq ft.

However, the survey also shows that the scale of the office developments are not as great with the average scheme size shrinking by 123 sq ft from 195 to 72.

Developers are also said to be keen on refurbishing existing buildings rather than constructing new ones as it is cheaper and faster to do so.

Partner and head of research for Drivers Jonas Deloitte, Anthony Duggan said: “The level of new construction activity hints at confidence but in reality we have seen a significant weakening in sentiment over the last few months.

“The global economic and financial situation weighs heavily on occupiers and, as the recent Deloitte CFO Survey highlights, corporates are becoming more defensive, with cost control, rather than expansion, at the top of their priority list.”

Despite this, seven new office developments have begun in the City of London over the last six months including the revamp of 199 Bishopsgate by Blackstone and British Land. 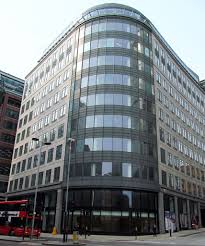 Mr Duggan says that the next 24 months no longer looks as devoid of delivery as it has over the last few surveys, but added that the delivery of new space remains low compared to historic levels.

The survey comes after reports last week that there is a shortage of prime office space available in London which could cause City rent’s to rise in quarter four.